In 1977 I arrived in Nilaveli on Sri Lanka’s east coast for the first time. I was overwhelmed and decided to write my M.A. thesis there. About tourism and its side effects in a small village. In order to communicate with the local people I decided to learn Tamil, the dominant language on the east coast. However, me and my fellow student Sylvia had no idea what was in store for us. Most of the people I told about my new subsidiary subject didn’t even know it existed. We contacted the Institute of  Indology in Berlin’s Free University and found out that a certain Professor Pinnow was the only one teaching that language in Berlin.

Pinnow was really a character and probably the only true genius I’ve met in my life. It was rumoured that he had mastered no fewer than sixteen languages, though not necessarily their colloquial form. He had no problem admitting that he couldn’t even order a beer in Tamil. But he would have been able to do that 1200 years ago! Pinnow looked insignificant at first glance, but in fact he was an extremely witty man. All of his seminars took place on a Thursday: from 2 to 4 he taught us Tamil, followed by two hours of Tibetan, then two hours of Navajo and finally two hours of Tlingit. Tlingit? What the heck is that we asked ourselves back then, as we had never heard of it! And he had students for all events, Tibetan was actually quite well attended. Our Tamil course was the smallest: we were only two students and one professor – that’s how it ought to be! By ten o’clock in the evening he had finished his weekly workload (eight hours) and went to his Berlin flat. The next day off to the island of Sylt where he supposedly had a little house and stayed until next Wednesday. At some point we met a few Tlingit students and were amazed: they told us that the Tlingit were one of the most important Indian tribes on the Northwest Coast of North America. After all, they numbered 20,000! We heard that they made beautiful totem poles! And our teacher, Professor Pinnow, was one of the leading experts in their language! His legendary work ‘The bird’s names in Tlingit’ was groundbreaking! He had published some real far out articles such as the phonology of the Kharia language etc. Moreover, he was an expert on the writings of Karl May.

Pinnow had crazy stories up his sleeve: He told us about the ‘Sun Language Theory’. During the Ataturk period, the Turks wanted to prove that Turkish was the original language of humanity from which all other languages ​​would have derived sooner or later. Even Tamil had to serve as proof: ‘Kara’ means black in Turkish and in Tamil black is ‘karuppu’! All bullshit, of course, as Pinnow mentioned! Or about the way religion influences a language: According to our professor, passive forms predominate in Tibetan. And why? Everything is karmic, something happens to people! While people in the West are doing something, hence many active forms in our language. 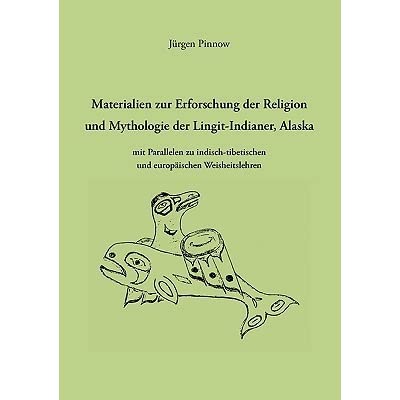 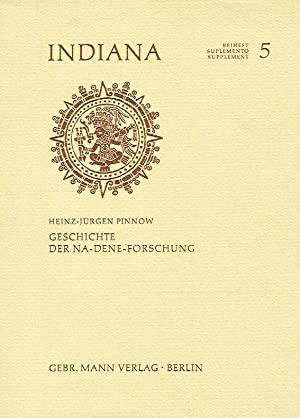 Although I’m holding  a university degree from the Free University in this language and a certificate of study from the University of Jaffna (Sri Lanka), Tamil is the language in which I’m least proficient. On the one hand, this is because the language is extremely difficult (complicated grammar, etc.). On the other, because it is probably one of the fastest spoken languages ​​in the world. When you see the written form of a sentence and then hear it from a native speaker, you can’t help but wonder. At least I have a knack for exotic scripts, so I can look up words in the dictionary when it comes to the crunch. To make matters worse, we learned only classical Tamil at the Free University. I passed my examination by translating passages from the Tirukkural (written in the 5th century AD). Not really helpful in the streets of Madras …

Since decent Tamil textbooks didn’t seem to exist, we used one written by Pierre Meille, a Frenchman who had lived in the French colony of Pondicherry. His ‘Introduction ou Tamoul’ was written for French colonial officials. I still remember the phrase: “Where is madam’s elephant?” and the saying ‘A good bullock needs only one blow; a good man only one word’. ‘The Fabricius’ was our dictionary, the legendary work of the Lutheran missionary Johann Philipp Fabricius, published in 1779 and later expanded by Drs. Rottler and Winslow. A grammar book was available in our native German language: Hermann Beythan, one of Prof. Pinnow’s teachers had written the ‘Practical Grammar of the Tamil Language’, published in Leipzig in 1943. Beythan was a devout Nazi and it was rumoured that he had translated Hitlers ‘Mein Kampf’ into Tamil. When the Soviets conquered Berlin in 1945 he was arrested and disappeared in the Soviet Gulag – never to be heard of again.