How to get rich quickly on the road

Traveling in Asia was nice, but also quite expensive. In fact, I could hardly afford it. In order to justify the necessary expenses I had rigged up my own naive assumption: If I stay at home, I’ll have to spend money, too. And after all, it doesn’t matter whether you do it at home or abroad. My budget in the seventies was ten Deutschmarks a day. I managed to keep it for a number of years: Including travel expenses, accommodation and meals! Sometimes I had to stay a little longer in a cheap place (e. g. at a beach!) in order to remain below the magical limit. However, that didn’t include the considerable flight costs. In the end, there was quite a sum to be raised. What to do? Of course one could earn the necessary money by means of jobbing around. But that seemed to be beneath my dignity. After all, I wasn’t a package tourist! One of those people we travelers looked down upon!

And that’s how smart travelers came up with the idea of buying things in Asia. And sell them off at home with huge profits. Enough to cover the costs of the trip. I was one of those ‘smart’ guys. It required a few – less successful – attempts described below. But finally I succeeded! India was my favourite for a long time. The most fascinating country of all. Which is certainly still true today! But even in a cheap country like India traveling requires sufficient funds. Like many other ‘travelers’, I was always on the lookout for good deals.

Some travelers had chosen the easiest way: drug trafficking! Ganja, opium, morphine or whatever. In some places it was cheaper than a bottle of beer back home. Moreover, it had the advantage that even small quantities fetched a very good price. However, it required strong nerves and the willingness to take a risk.

In some Asian countries drug trafficking was punishable by death. Even though the authorities often turned a blind eye to the locals. Some of the latter used the hippies as mules. In the worst case they ended up on the gallows while the drug traffickers only lost their merchandise. And thus an ever growing stream of drugs found its way to the west.

A less life-threatening but nevertheless punishable way of improving one’s travel funds was cheque fraud. Nowadays hardly any traveler knows what a traveler cheque was. Even as a check fraudster, you could easily end up in one of the notorious prisons in Asia, such as the Bangkok Hilton. And then there was the twilight zone of ​​- let’s say – semi-criminal activity in which I was active. In the Asian countries of origin, buying and selling branded piracy products (Rolex watches, Louis Vuitton bags, etc.) was not a criminal offense. In Europe, on the other hand, it is. Violating copyright laws didn’t cost your life. In the worst case you got away with a hefty fine. And the brand pirates know how to protect their interests. In Thailand, for example, the representatives of the companies concerned or the foreign judiciary are massively threatened if they try to drain this billion-dollar swamp. Human trafficking (especially girl trafficking) was beyond the common travelers reach. The players in this environment were of a different caliber. However, this did not prevent one or another traveler from paving the way for an exotic woman. It started with Thai whores who paid your flight and maybe a fee for taking them to Singapore where they could make much more money in their profession than at home. And ended sometimes with Asian girls that travelers took home. Not infrequently because of supposed love … 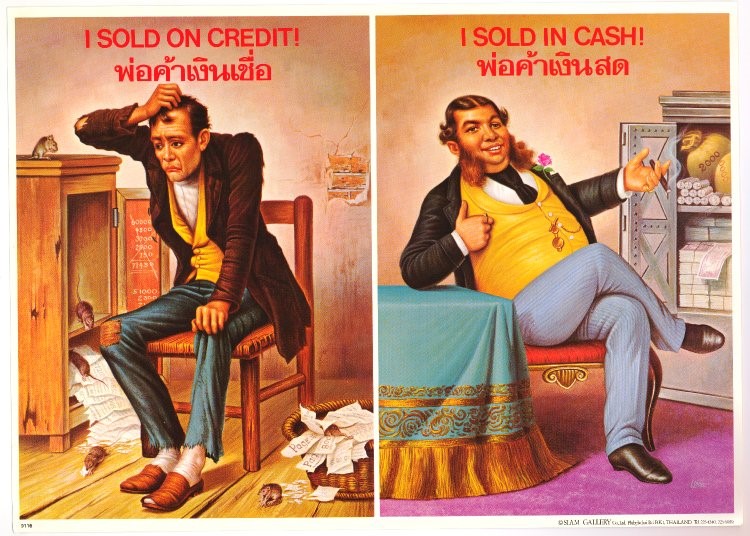 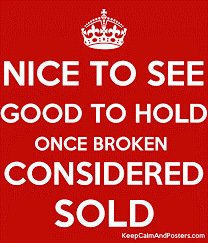 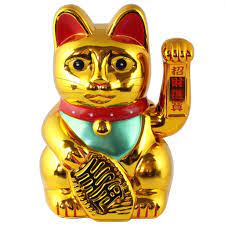 Before starting to make money in Asia, there are a few basic things to learn. You can find them in numerous places. Often depicted in a humorous way. Such as ‘Cash is king!’. Or that goods that have been damaged by the potential buyer immediately pass into his possession. And don’t harbour any illusions regarding the Lucky Cat Maneki-neko, that waves to customers all over East Asia. This is not a friendly greeting, it is only intended to lure in the cash! 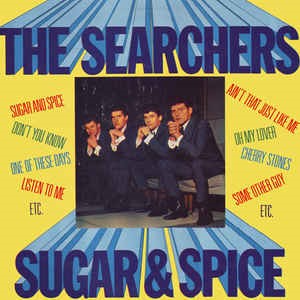 SUGAR AND SPICE AND ALL THINGS NICE

I was infected by the virus on my first trip through Southeast Asia and India. I met a nice guy from Belgium named Philippe in Bangkok. He had already been to India and Sri Lanka while we were on our way to those destinations. And he gave us a great tip-off: “Buy cloves in Sri Lanka for a few Rupees – you can sell them in India for a huge profit!” So before we left the island, each of us bought two kilos of cloves.

Then we went via Talaimannar Pier, took the ferry to Rameswaram and on towards Madras. On the way there, we needed almost 16 hours for the distance of almost 600 km. We imagined it was an absolute misfortune. On the way back we would probably only need half of it! So we got on the sleeper and soon went to sleep. With the firm conviction of waking up the next morning in Madras, or at least very close to it. No way! When we woke up, the train was standing in a station in the middle of nowhere. The name of the station wasn’t even marked on the map. There was nothing to eat but we were fortunate insofar as Campa Orange was available. Unfortunately it had been standing in the sun for hours and its temperature was just below boiling point. After 23 (!) hours we finally reached Madras. We had dinner at Connemara, the best hotel in town. Then we got back to the station and boarded the train that was supposed to take us to Agra.

In the city of the Taj Mahal, we wanted to finally realize the fabulous profits we would get from selling our cloves. We looked for a place to stay and went to the bazaar. Firmly convinced that the traders would fight over our treasures like a bunch of stray dogs over a bone. But nothing of the sort. They didn’t seem to be overly interested and with each weighing the quantity decreased miraculously. As far as I remember we made a total profit of 20 Deutschmarks for 10 kg! Just great! Well, we should have brought saffron, the traders told us! That would really have made us millionaires. Better luck next time … However, we were compensated a little. A huge herd of water buffalo was herded through the bazaar at a brisk trot. Almost scary. It felt like an earthquake! No kidding!