In 2017 I traveled to Bhutan with my Burmese wife. Our flight went from Yangon via Calcutta and Kathmandu. A good opportunity to refresh my old acquaintance with the intellectual metropolis of India. A lot had changed since I was there in the seventies and eighties. Even the name! Today the city is officially called Kolkata – whatever that means. Its residents still call it by its old name. What used to be Park Street is now called Mother Teresa Marg – much to the displeasure of the locals. Calcutta wants to get rid of the shithole image, which was promoted not least by Mother Teresa and her supporters and films like City of Joy. After the death of the now canonized lady, it was revealed that she had stashed away millions in secret accounts to which no one but herself had access. Ah, mother! Since my economic situation had developed positively since the hippie days, I lodged in the Oberoi Grand of blessed memory. Not least to finally process my old Sudder Street trauma! However, that didn’t stop me from visiting my old neighborhood and reminiscing. The infamous man-pulled rickshaws are still around and my babe kept the drivers busy! 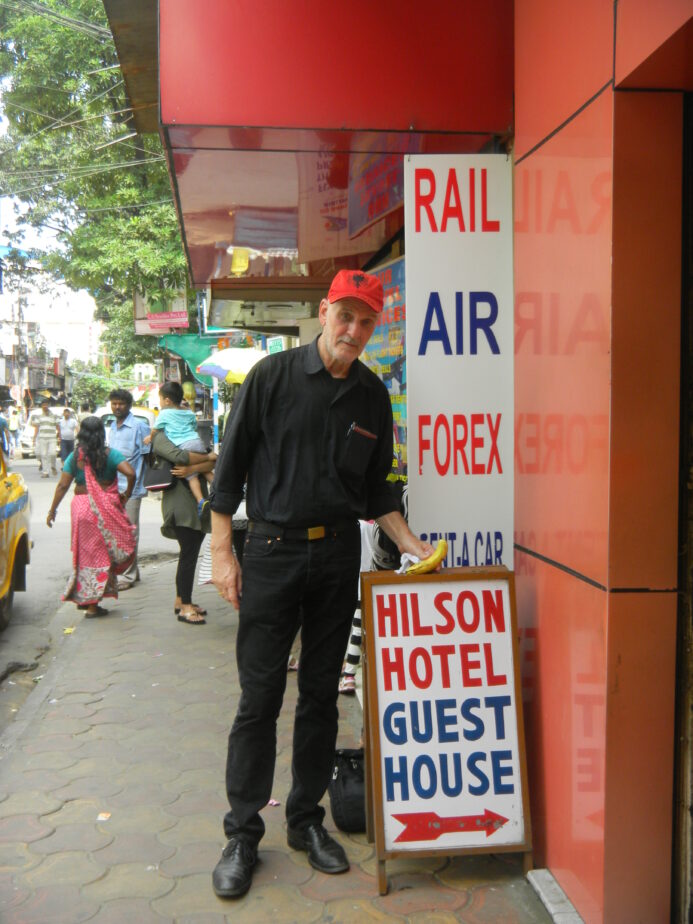 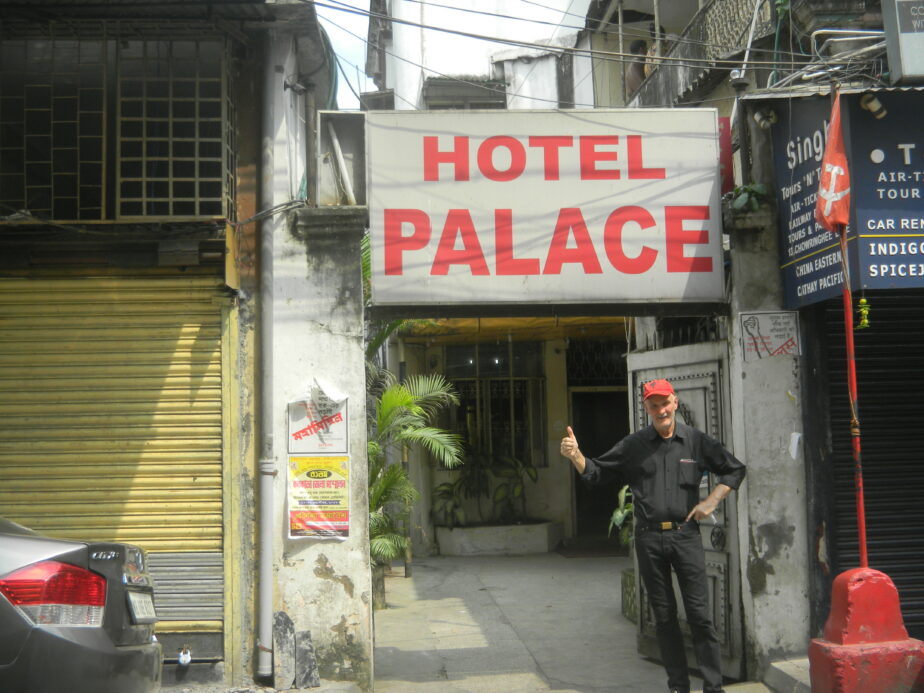 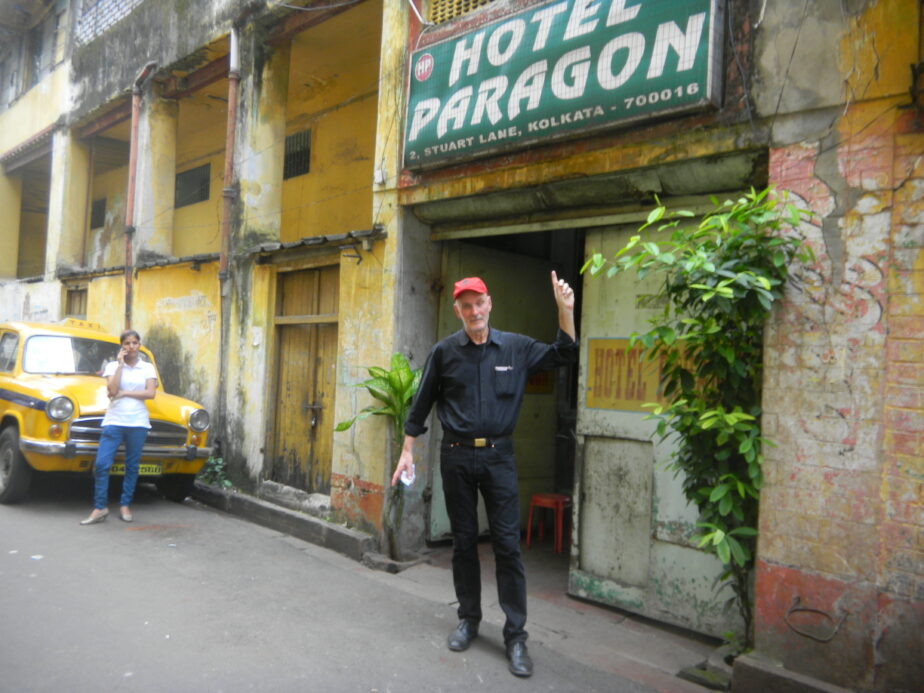 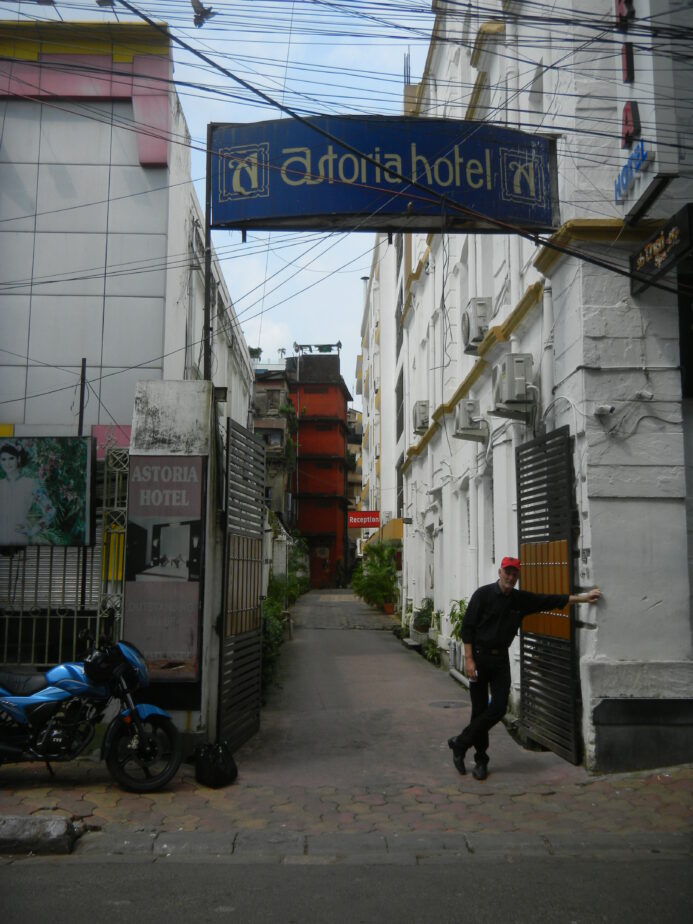 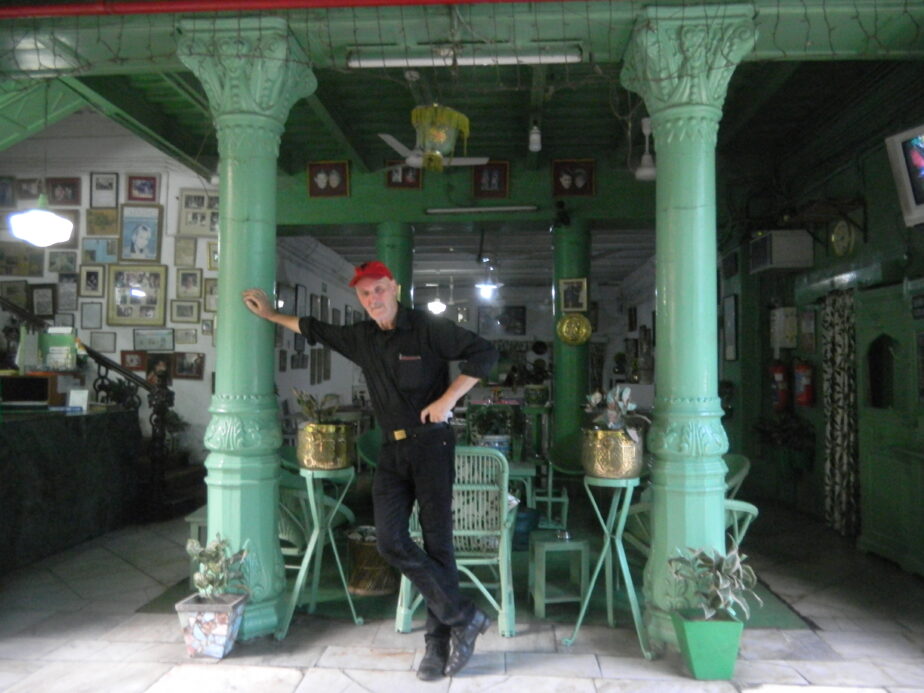 And believe it or not: the old hovels were still standing! As the attached photos prove. Good old ASTORIA, where I used to live in the best suite. The PALACE! The PARAGON, in which I had a room with six (!) beds all to myself! But no attached bathroom. But who cares when you can sleep in six different beds? The notorious HILTON copies SHILTON and HILSON, in which the unsuspecting customers were led to believe

that they had ended up in an offshoot of the American luxury chain. Which, by the way, wasn’t the case! But also the FAIRLAWN, of which I only have good memories. Of Mrs. Vivian and her husband Ed, who, as described in Lonely Planet, looked ‘as if they had been time-warped from Bristol in the 1950’s’. There is nothing more to say! The ‘very English’ dinners with ‘angels on horseback’ for dessert are still fresh in my memory.

Otherwise, a lot had changed for the better: The subway was finally finished and so it was wonderful to go on exploratory trips. Surprisingly, the subway entrances were all at least one meter above street level. Strange, why are they doing this? Why do the passengers have to climb up stairs when they want to go underground? After the first downpour I knew: If the entrances had been built at street level, the entire system would have been flooded with the first rain. Good planning! It also caught my eye that the male population had added a lot of biceps in the meantime. In my memory Bengalis were weak guys with skinny arms and legs. And now the underground was crowded with bodybuilder types and there was a gym on every corner! Frank N. Furter definitely would have had a day there! But somehow the thick upper arms didn’t go with these gentle faces, I thought…

We visited the usual highlights such as the Victoria Memorial dedicated to the glory of the Empire and the Raj. Really amazing how the British managed to expand a humble trading post into a gigantic colonial empire. The Indian Museum contains an excellent collection of Buddhist art but forget about the rest! And we made a trip to the Kali Ghat, to which the city owes its name. There stands the famous temple with a remarkable Kali image with a very long tongue. Not far from there is one of Mother Teresa’s hospices, where her successors are at work. It made a less miserable impression than I had expected. We met some very motivated young American students there who did charity work for a month and then returned home.

My recommendation: Go there! It’ll surprise you!